You are here: Home » Beaches of Sardinia » South West Sardinia

On the south-west side of Sardinia, far away from the megayachts, the Italian playboys and Arab oligarchs on the crowded Costa Smeralda beaches in the north-east, one can find the quiet coastal stretches of the Costa Verde. With their wild natural beauty and ever restless seas, the Costa Verde beaches are some of the most unspoilt beaches of the Mediterranean island. Below, you’ll find an overview of the beaches of south west Sardinia. 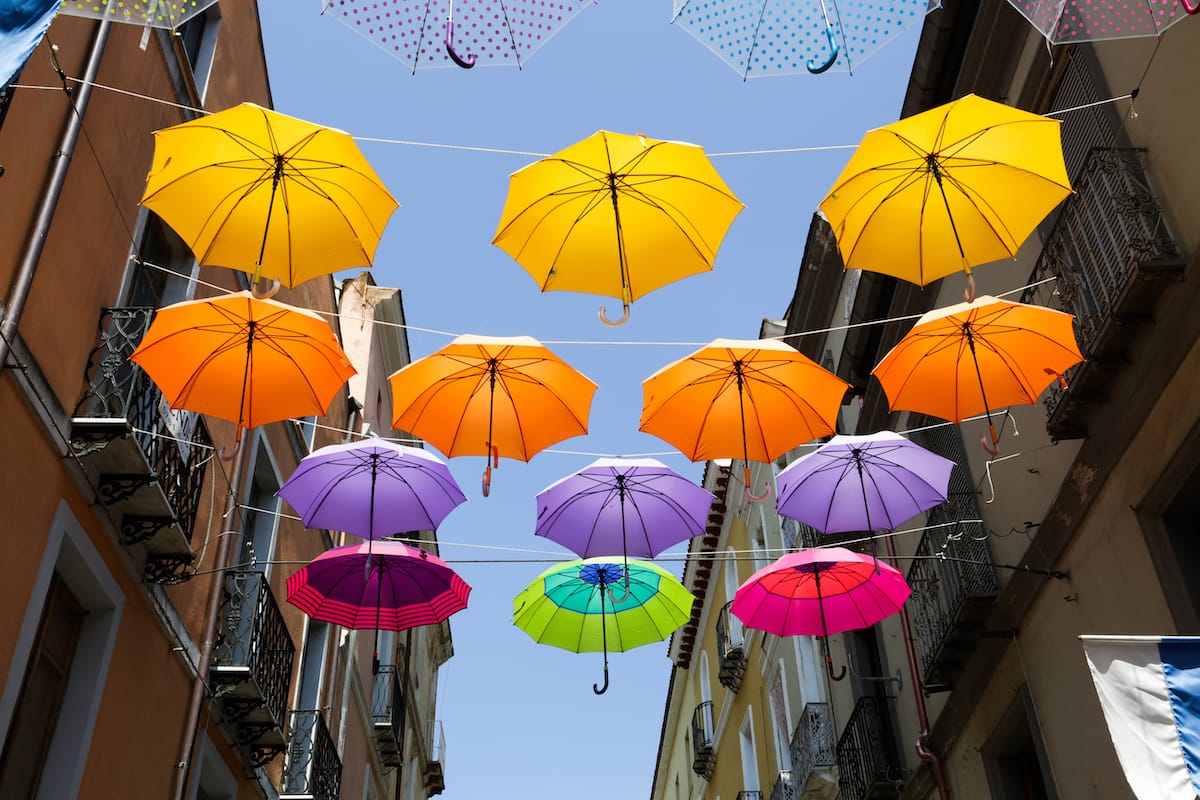 Iglesias is a beautiful historic destination in south-west Sardinia with a rich Spanish culture that buzzes with energy in the summer months. 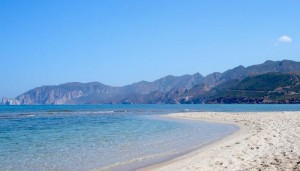 Mezzo beach has golden sands that span several kilometers. Limestone cliffs, foothills that go as fas as the sea, and the Mistral make the beach a must-see. 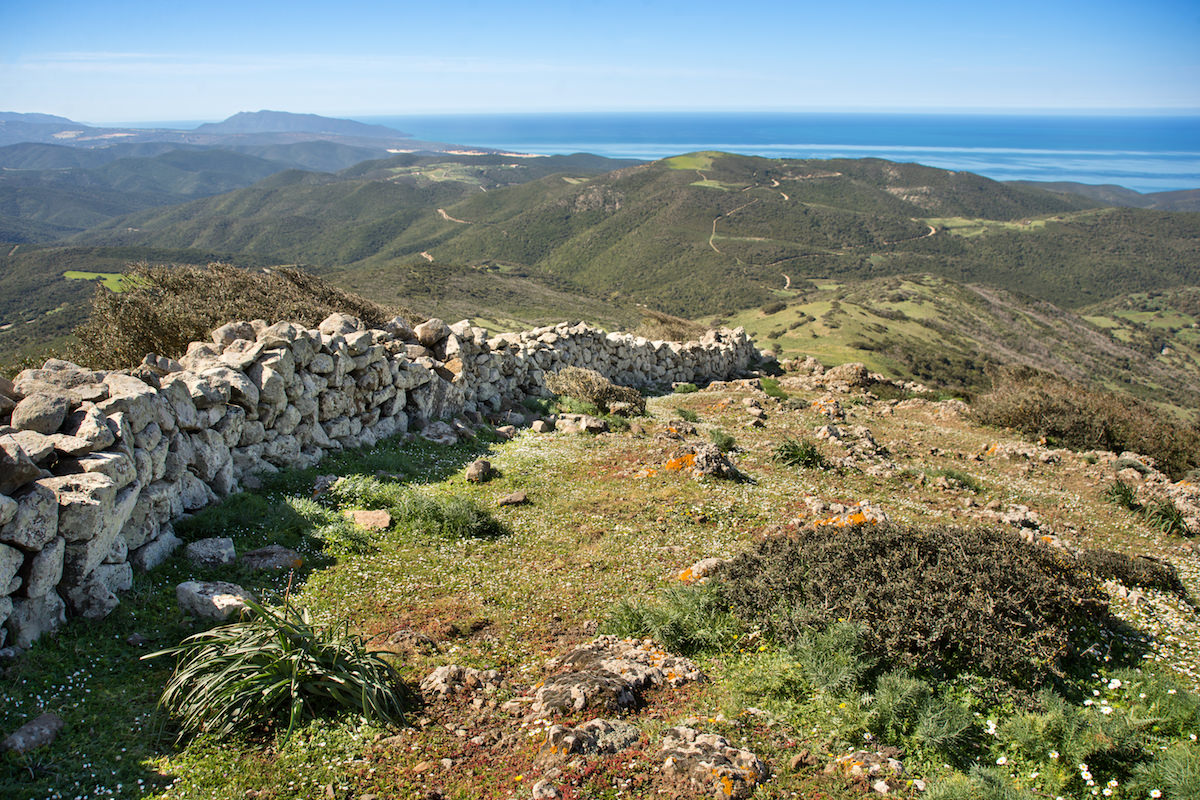 Located on the south-western coast of Sardinia, Guspini is situated in the midst of stunning countryside and panoramic ocean views. Known as the “Green Coast”, this stretch is overflowing with beaches, caves, and cliffs while the town itself is a wonderful encounter with old town Sardinia. Whether you decide to be active or take to life in the slow lane, Guspini in Sardinia is a charming town with an opportunity to do both. In fact, this is one of the oldest towns on the island with a very silent nature and magical aura to the place. From the quiet coastal paths and beautiful beaches to the limestone cliffs and ancient buildings in between, indeed, Guspini is unforgettable. 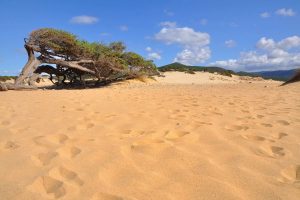 Piscinas beach on the Costa Verde is uniquely surrounded by sand dunes up to 60 meters tall, where junipers, rare flowers and wild olive trees grow. 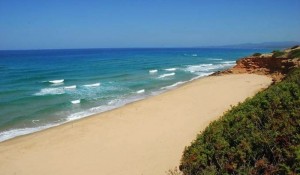 Scivu beach (Spiaggia Scivu) on the Sardininan coastline of Costa Verde, is a strip of golden sand in an environment that has remained completely untouched. 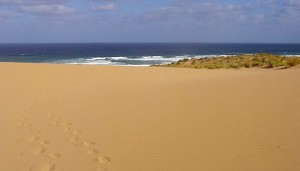 Pistis beach lies in between Pistis and Torre di Flumentorgiu. It features dunes up to 30 meters high, giving the area a typically Saharian quality. 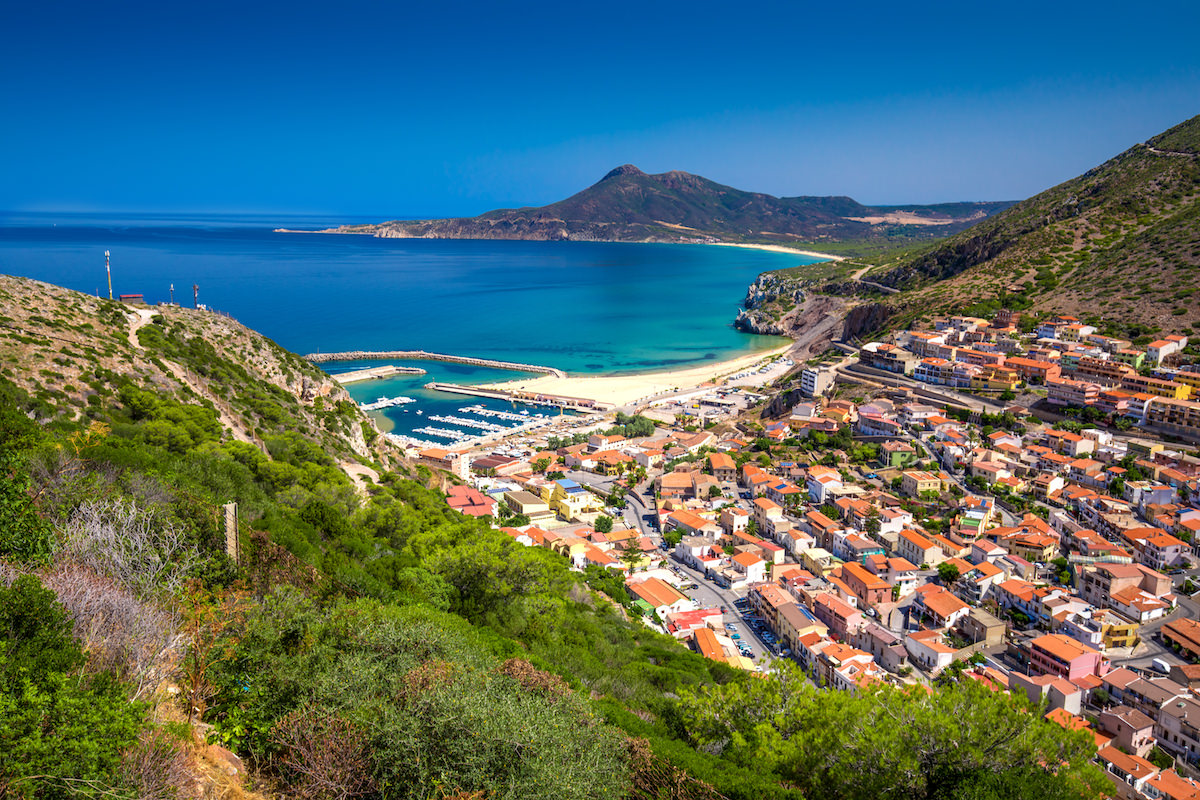 The seaside town of Buggeru lies hidden deep within a mountainous area and a beach known for shallow water and a sandy seabed. Since the last mines closed down in 1980, Buggerru has also become a popular tourist destination with some surviving miners acting as tourist guides throughout the region. A descending winding road surrounded with breathtaking mountainous scenery welcomes you to Buggerru and at the center of the village is a lovely port overlooking the Galleria Henry, one of the most visited mines in the area. 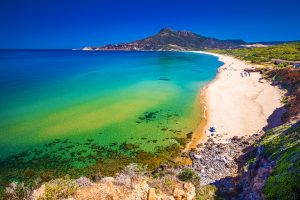 Portixeddu beach, in south-west Sardinia, is 2.5 kilometers long and perfect for long walks along the shore and jogging. This beach is hardly ever crowded, even during peak season. It faces due west, making it a great spot to watch the sunset. 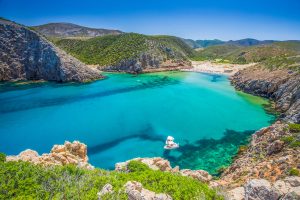 Situated in what used to be a mining area, Cala Domestica is located on the south-western coast of Sardinia. Cala Domestica is a popular scuba diving spot, there’s plenty of fish if you dive a bit around the rocks at the border of the crescent bay. A must-see beach if you're in the area, it's one of the best beaches of south Sardinia! 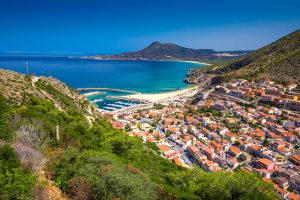 Spiaggia di Buggerru has golden sands and a length of about 350 meters. It faces southeast, making it a nice spot for that early morning dip or to catch the sunset of the day.