Su Sirboni beach (Spiaggia di Su Sirboni) is located nearly 3 kilometers south of Cardedu beach, near Perdepera, Ogliastra. It has a length of 200 meters, and with its enchanting landscapes, it is one of the most beloved beaches in this part of Ogliastra. Its waters are rather deep, so small children will need to be watched over. This beach is a popular spot for surfing, and is also frequently visited by scuba divers. Su Sirboni is not the easiest beach to reach – it’s only accessible on foot. The walk is definitely worth the effort! Given its location, this beach tends to be rather quiet, even during the high season months of July and August.

How To Get To Spiaggia di Su Sirboni

Su Sirboni is located in the marina of Gairo, and can be reached from Cardedu by following the signs. Once you've arrived at the crossroads to the beach of Museddu, just go straight and follow the road towards the marina of Gairo. Then, after about 4 kilometers, follow the signs that will take you in the direction of the sea. Eventually you will have to park your car and follow the marked path that will lead you to Su Sirboni beach, in about 15 minutes. 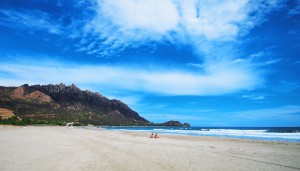 Foxi Manna beach, shaped like a half moon with a length of 800 meters, is the largest beach in the area of Tertenia, Ogliastra. The beach faces due east ...
Read More

Cardedu beach is conveniently located near Cardedu village, just a few kilometers south of Bari Sardo beach. It has several hotels and resorts in the area ...
Read More 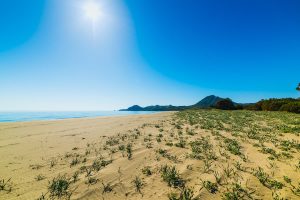 Feraxi beach, in Muravera, faces north-east, and is 2.5 kilometers long, Often quite windy, Feraxi beach is a good spot for surfing and kitesurfing ...
Read More