Lido beach (Spiaggia Lido di San Giovanni) can be found just a few hundred meters north of Alghero. It has a length of nearly 1.5 kilometers, and mostly faces south-west, featuring views of a harbor named Marina di Sant’Elmo to the south, and a small island named Isola della Maddalenetta that’s situated 1.5 kilometers off the coast.

Lido beach is a favorite spot among both tourists and locals because, in addition to being a fairly attractive beach, one can easily reach both the marina and the old town, along the Via Lido, either on foot or by bicycle.

How To Get To Lido Beach

Spiaggia Lido di San Giovanni can easily be reached on foot from the historical center of Alghero. Just follow the signs for the Lido, then take passeggiata Busquet. The beach is located between Via Garibaldi and Via Lido, just north of the old town. 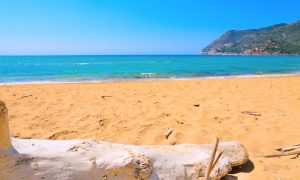 Spiaggia di Porto Ferro is one of the best beaches in north-west Sardinia.The beach is also known for the nearby hamlet of Villa Assunta and Lago Baratz, the only natural lake of Sardinia. Separated by towering dunes and silent pine ...
Read More 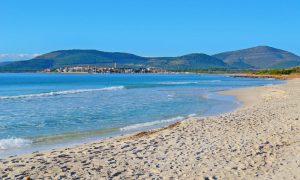 From Alghero, drive north-west for about 4 kilometers and you'll find Fertilia beach, located in between Maria Pia beach and the small village named Fertilia. Backed by a pond, Fertilia beach has a length of 1 kilometer and faces south, ...
Read More 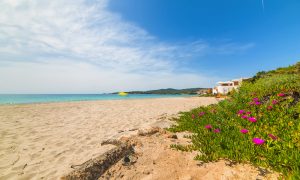 Located less than a kilometer east of Lazzaretto beach, Le Bombarde beach is another popular beach of the Alghero area and the Riviera del Corallo ...
Read More 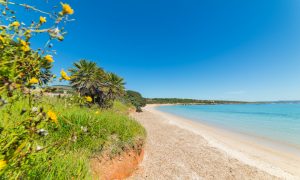 Lazzaretto beach, on the Riviera del Corallo, is located near the villages of Fertilia and Lido San Giovanni, and close to Le Bombarde beach ...
Read More